By combining the power of web technologies and a constellation of high-resolution imaging satellites, Skybox Imaging is generating a data source describing daily global activity with timely, accessible, sub-meter colour imagery and high definition video of the Earth. Skybox’s first satellite, SkySat-1 is already functioning and in the air. It’s sending down pictures—and video—now. The HD video and the relative low price and high frequency for sub-meter colour imagery could revolutionize the commercial satellite market.

Satellite imagery are traditionally static, the revisit time is limited and the cost is considerable. But what if we could have these images relative cheap, on a regular basis or even better … get videos from space? Three start-ups are in a severe competition, tossing cameras out of the atmosphere and trying to turn them into a business.

They are Urthecast, Planet Labs, and Skybox. Each of the three is choosing different methods, different kinds of devices, and different orbits. Each is selling something a little different. Urthecast plans to install two cameras—one still and one video—on the International Space Station, then beam video down using the Russian Space Agency’s antennae. Planet Labs, another, hopes to send 28 satellites, each about the size of a garden gnome, into low orbit. It will immediately control the largest private Earth-observing fleet of satellites ever created. SkyBox, finally, only hopes to operate two satellites by 2014—but it is intending to have a swarm of 24 satellites.

Up to 90 seconds of high-definition panchromatic video from space

SkyBox Imaging won the first race. In the final days of 2013, Skybox became the first company ever to release HD video from space (see the “multi-media” section for an illustration). It captures up to 90-second video clips at 30 frames per second and this at a spatial resolution of 1.1 meter at nadir.

Skybox is targeting commercial markets, such as the media and organizations wishing to monitor traffic, ports and industrial plants. Other applications of space video include the monitoring of floods, post-earthquake zones and other natural disasters and humanitarian crises. Potential scientific applications of space video include observing volcanic eruptions, forest fires, hurricanes and the movement of wildlife.

A swarm of cheap satellites rendering a massive amount of data

According to the company, the SkySat-1 was built and launched for more than an order of magnitude less cost than traditional sub-meter imaging satellites. This results in relative cheap images and the capacity to build and launch multiple satellites. Skybox plans to launch another satellite in 2014, followed by the remainder between 2015 and 2017. This should lead to a swarm of 24 satellites! These satellites’ cameras will always be on, photographing everything in their path and, owing to their numbers, will pass over the same points on Earth with a frequency of hours to a few days, depending on latitude. Each of these satellites generate over a terabyte of data per day. 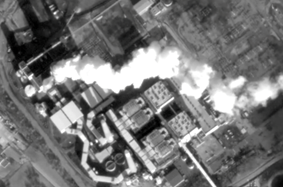 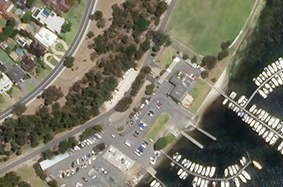 Through its novelty, the impact by dynamic satellite video is still difficult to estimate. It has the potential to revolutionize the traditional remote sensing.

Skybox plans to operate a swarm of relative small and cheap satellites. This could herald a sea change for imaging.

Conventional imaging satellites, which are the size of a van and weigh tonnes, cost hundreds of millions of dollars to build and launch. As a result, there are only a handful of operators, and the commercial world fleet comprises fewer than 20 satellites. Commercial satellites also tend to take pictures mainly when their operators receive orders from customers. By contrast, the swarm satellites’ cameras will always be on (resulting in a massive amount of data) and will be relative cheap (reaching new users). This way, SkyBox hopes to spur a proliferation of innovative uses. 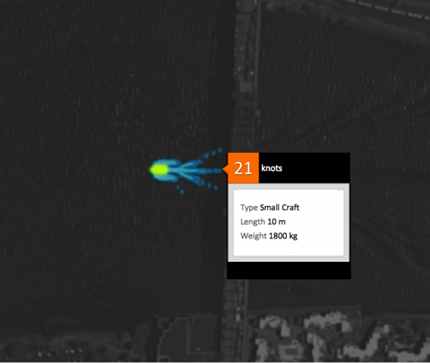 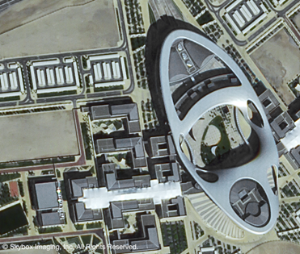 The concept of Skybox is disruptive compared to these of the traditional satellite providers. According to the company, it lies at the convergence of Silicon Valley ingenuity and world-class aerospace expertise.

The most revolutionary fact is that SkySat-1 was built and launched for more than an order of magnitude less cost than traditional sub-meter imaging satellites. Skybox works towards a tremendous disruption through reductions in launch costs and modern commercial electronic components that are capable of high performance and high reliability in orbit.

Traditional satellites capable of taking imagery at better than 1 meter resolution weigh thousands of kilograms, which makes it prohibitively expensive to launch enough of them to capture timely imagery. According to SkyBox, they produced similar performance in a box 20x smaller by breaking open the many black boxes that define traditional systems and creating an optimized design using automotive grade electronics.

Another central asset in the concept of SkyBox is their integration into web technologies. Imaging satellites generate vast amounts of data. According to SkyBox this requires an Internet-scale data approach to unlock their full potential. Instead of using traditional relational database management systems, SkyBox uses open source technologies and are pioneering the use of Apache Hadoop for tasking, storing, and analyzing large quantities of satellite imagery and derived data.

The two main products offered are the “sub-meter resolution colour images” and the “HD video”. Crucial for both will be their timely delivery.

This latter will be achieved through on the one hand a whole swarm of satellites guaranteeing a regular coverage and on the other hand through SkyNode, a compact system that gives access to directly task and downlink from the SkyBox constellation (see “Multi-Media” section for a pdf brochure). Specifications of the “Video” and “imagery” can be found below.

Specifications “Video”: Up to 90 seconds of high-definition panchromatic video