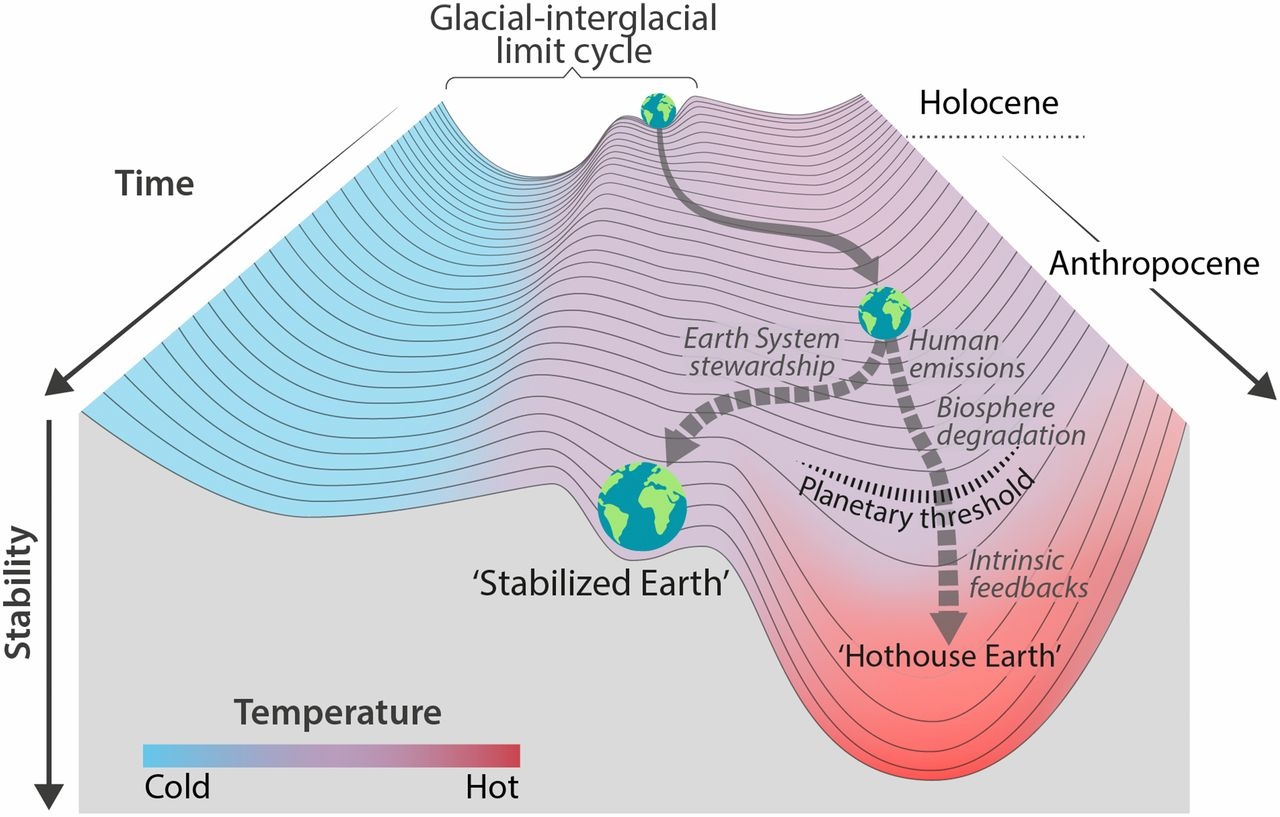 In this summer of further record-breaking temperatures around the world, of more devastating, deadly fires in Greece, California, Portugal and elsewhere, of extreme floods in India and extreme temperatures in Europe, of drought conditions affecting agriculture in Australia and slashing the yield for potato growers in Belgium, few people can doubt that climate change is happening faster than ever. A recently, published report[1] talks about the domino effect with one climatic event triggering another leading to an out of control earth system and a “hothouse” earth. Two possible paths are envisaged (see figure); one leading to a stabilised earth system and the other to hot house earth where human life may not even be viable. Very soon, it may not even be possible to avoid the planetary threshold which leads to the dominos falling.

In this context, it was especially interesting to come across this report[2] thanks to my colleague Lef Mamais. It was published in the New York Times at the beginning of August and looks back at a 10 year period between 1979 and 1989 when political awareness grew concerning the impact of CO2 emissions on climate change. It reports the efforts of a few dedicated scientists to create an international agreement to limit CO2 emissions.

It charts the raising of political awareness of the impact of anthropogenic, climate change. Even oil and gas companies Exxon and Shell were convinced and resigned to diminishing fossil fuel use and starting to redefine their business model to adapt to a changed political climate. However, following the political failure to agree to CO2 reductions in 1989, the oil & gas industry changed tone; after all, if world leaders could not agree why should industry invest to change its business?

The story is well-presented, easy to read and shows just how close the world came in 1989 to an agreement to limit emissions. Since then, as much CO2 has been added to the atmosphere than in the all the years before 1989. The article concludes that the technology exists to limit global warming to 2 degrees, but the political will is still not there despite all the signs and extreme events. Maybe those fires and floods of 2018 will change views? Or maybe not.